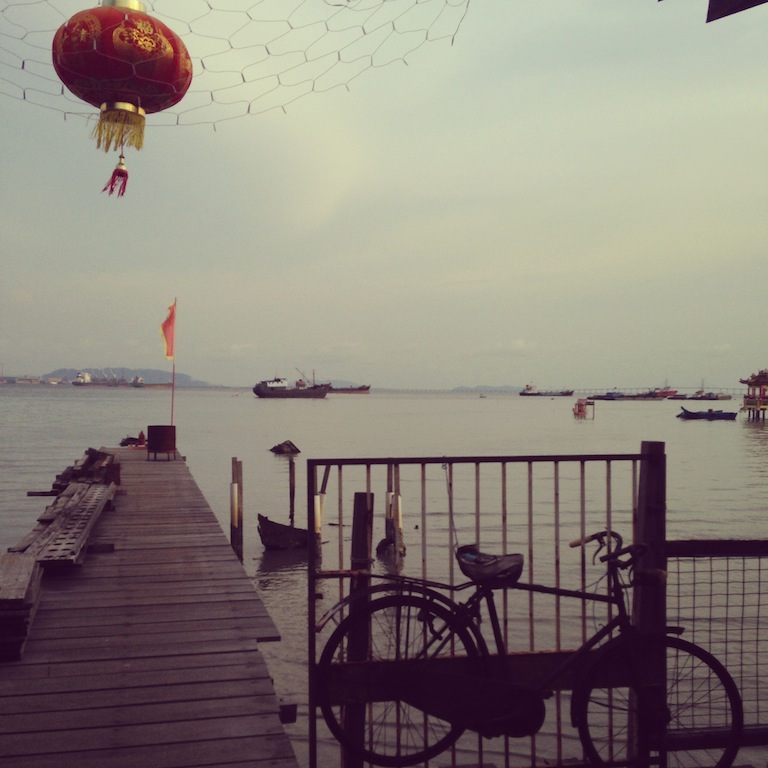 I am travelling alone after ages. Was looking forward to the trip with mixed emotions.  Excited to travel, sample some new food and be on my own for a change and also sad I couldn’t share the experience with Atul. I know that’s contradictory but that’s exactly how it felt. One thing I wasn’t.. atleast to start with.. was anxious. Having travelled on my own extensively, there wasn’t much to be worried about I thought.

But this trip has been one of revelations so far. Of how companionship and marriage makes one soft when one isn’t looking. How the Malaysian peanuts are far more flavourful than any I ever had before.. but how Malaysia feels more unfamiliar and alien than any place in US ever did.(all those Hollywood films we watch, I tell you). About how uneducated and clueless I really am about real Chinese/Malay food. And how I have some strong, till now, unknown food boundaries I need to learn to negotiate.

A lot of realisation for one jet-lag ridden day, you say? We will know how you really feel tomorrow, you say? Yes, perhaps. But meanwhile, here is my first day in Penang, in pics.. 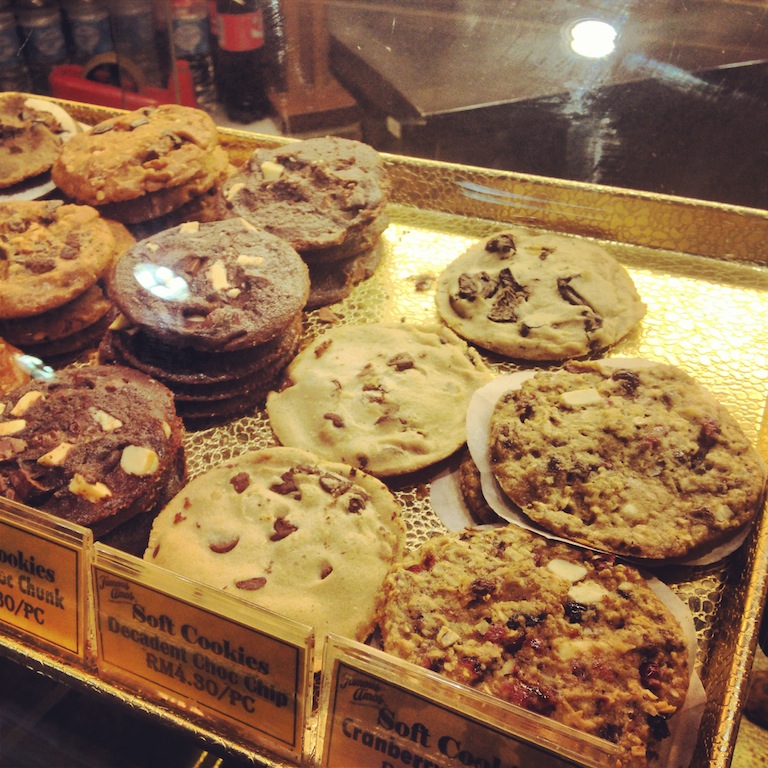 The flight was uneventful but the smell at the KL airport (where I had a brief layover) was devine. The smell of freshly baked cookies is such a lure. I am sure somewhere in the world some smart cookie has already bottled it and is selling to bakeries/malls/airports. 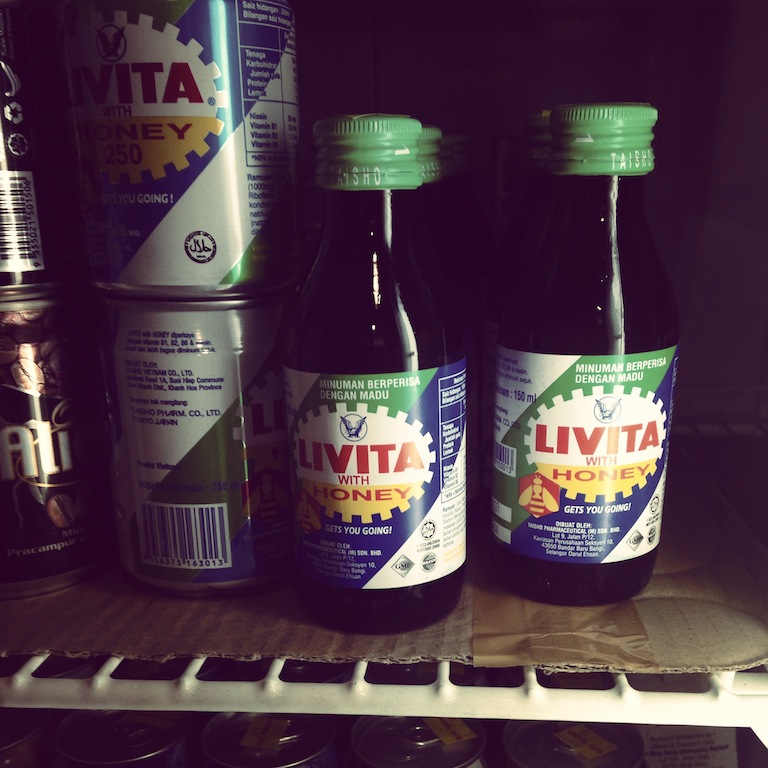 Was amazed to see cough syrup sitting with colas in a store fridge at KL airport. Till I was told that its actually an energy drink. Hmm! Not yet sure what I feel about that… 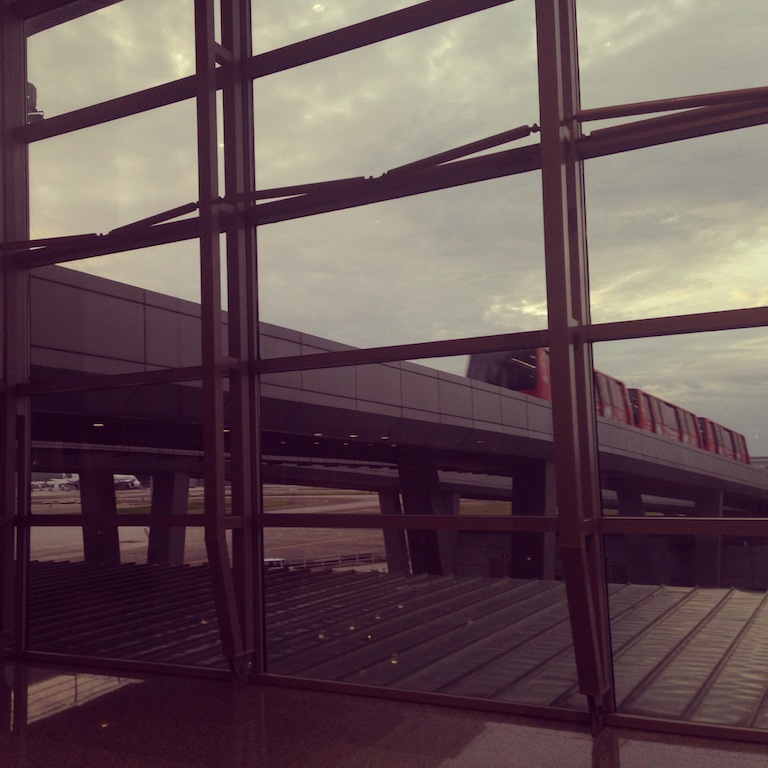 Honestly, one airport seems like any other around the world. But shiny red trains help. 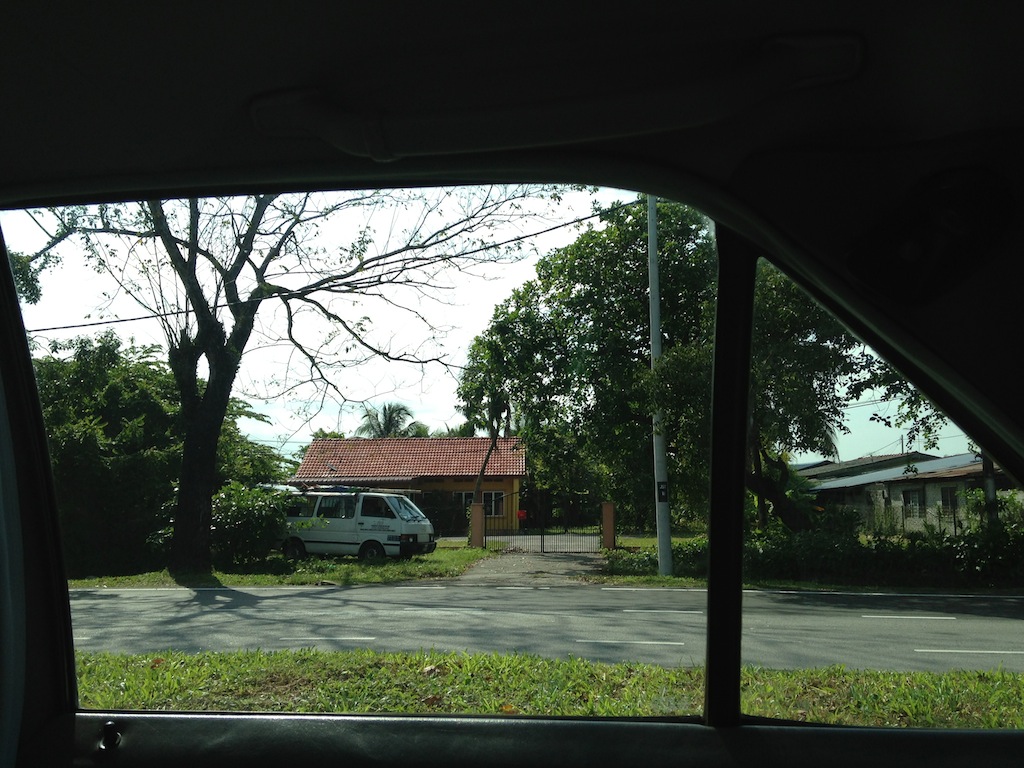 Landing in Penang was interesting…actually did feel like we were landing on a small island. Could see a small piece of land emerging and then… as soon as we crossed over the edge of the sea, we landed! Just outside the Penang airport – looks like Kerala I thought. The tropics! 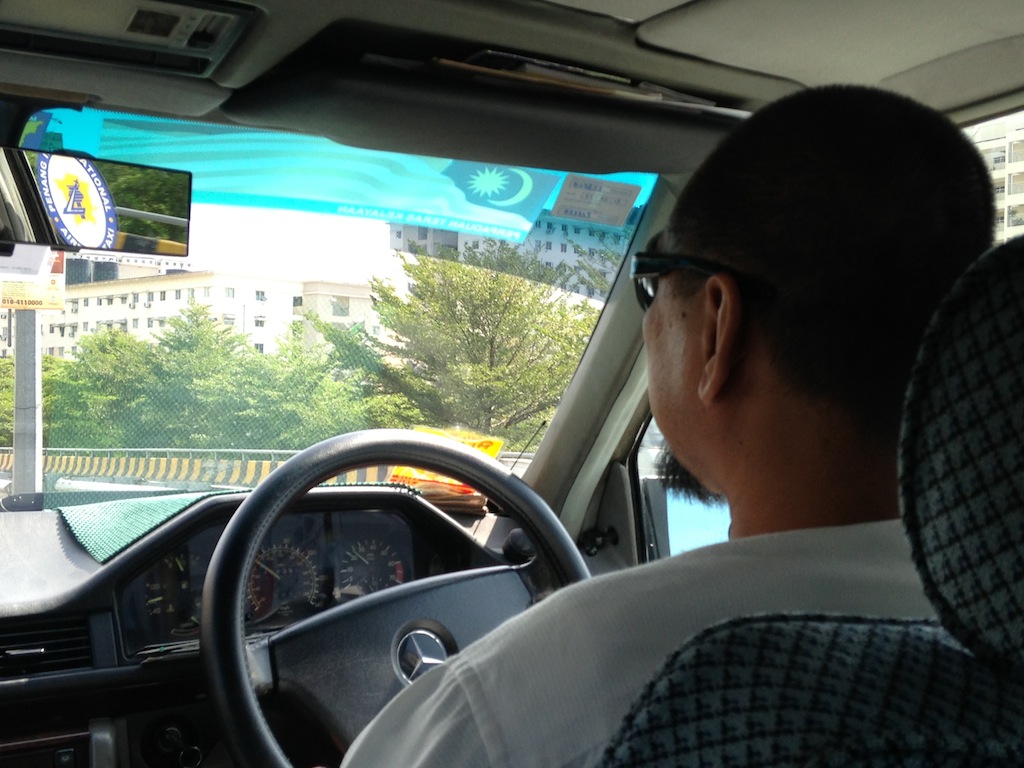 Muhammad the cab driver was amazing. Told me about the food I should try, the best restaurants in Penang, all about Chinese new year…

All the contemplation and a night of sleepless travel had left me rather brain-dead so that I left behind in the car, my laptop bag and everything precious in it. After a panicky hour went by, Muhammad got the bag back to me. So unfamiliar world or not, definitely one of the nicest cab drivers I have ever met… 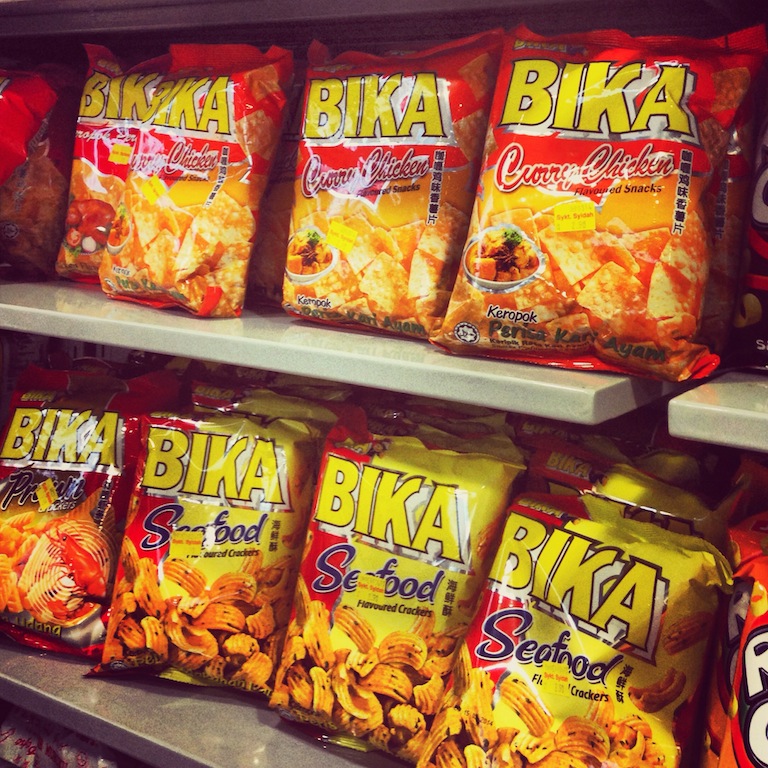 Have always been fascinated with these crisps that are flavoured with meat/seafood. It sort of clashes with our notion of crunchy snacky food in India but then that’s the reason this is fascinating. 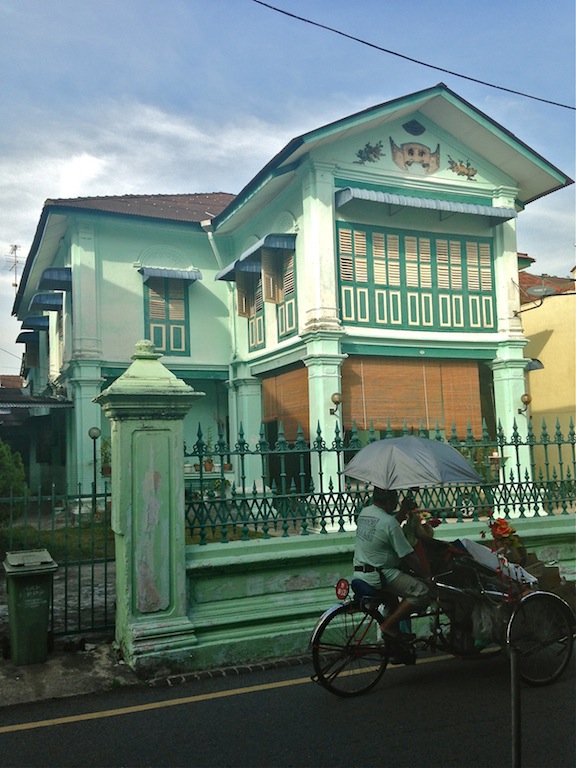 After a snooze at the hotel, decided to make good of my first day and take a walk down to the jetty. Passed this lovely mansion along the way. 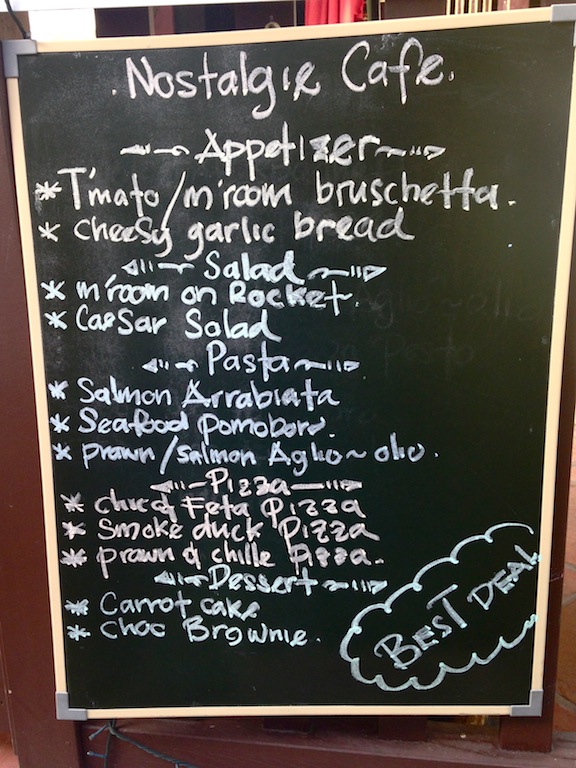 Saw this cafe and remembered the menus at all the touristy joints in India..Rajasthan. Goa and the like. Authentic/local or not..always delicious. And whats more, I saw more locals here than tourists. which is always the best possible sign for an eatery. 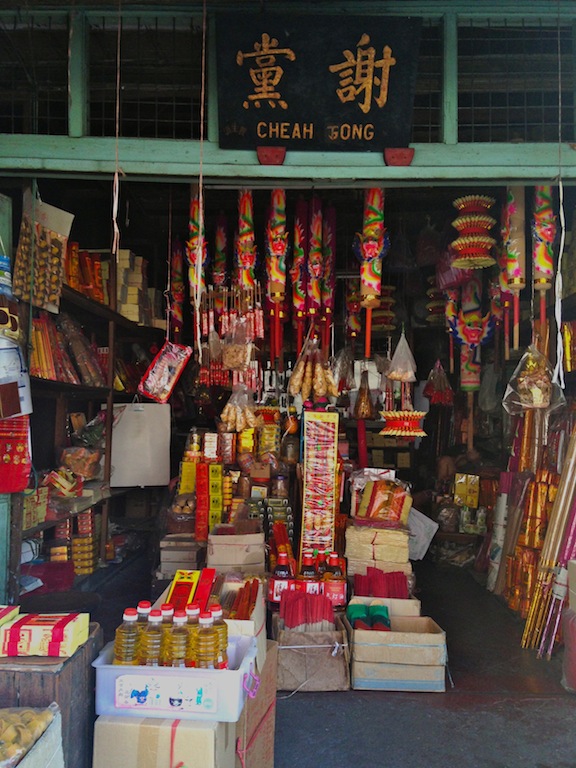 A fire cracker shop. So pretty! 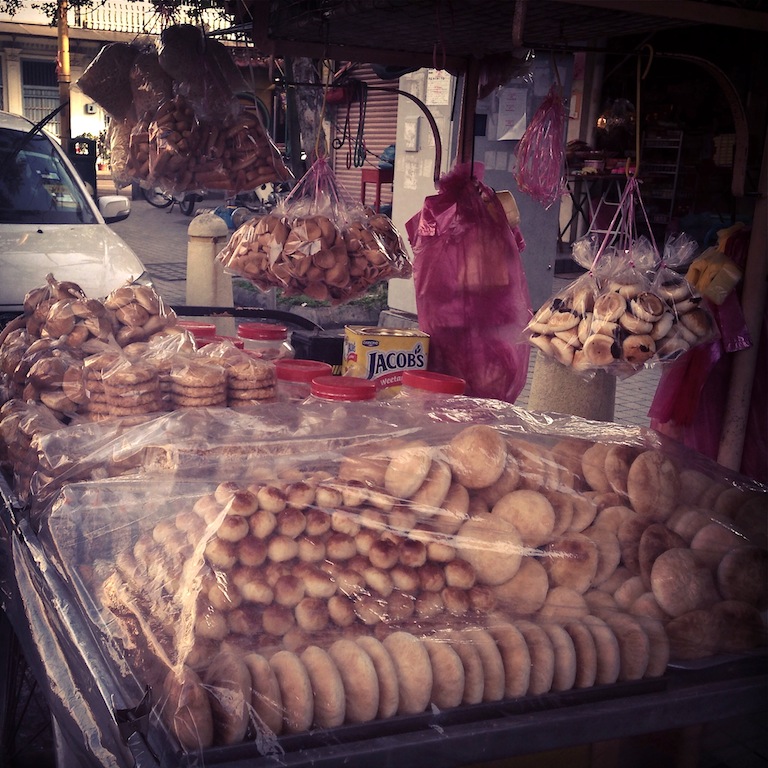 A bread cart on my way to the jetty. The crisp poii like buns looked yum as did some of the others. No vendor in sight though.. 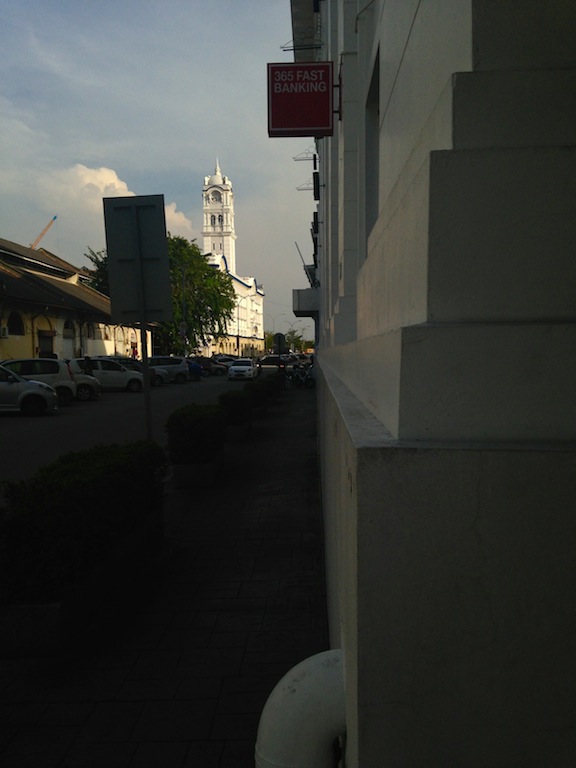 The clock tower that suddenly showed up as I turned a corner took my breath away. 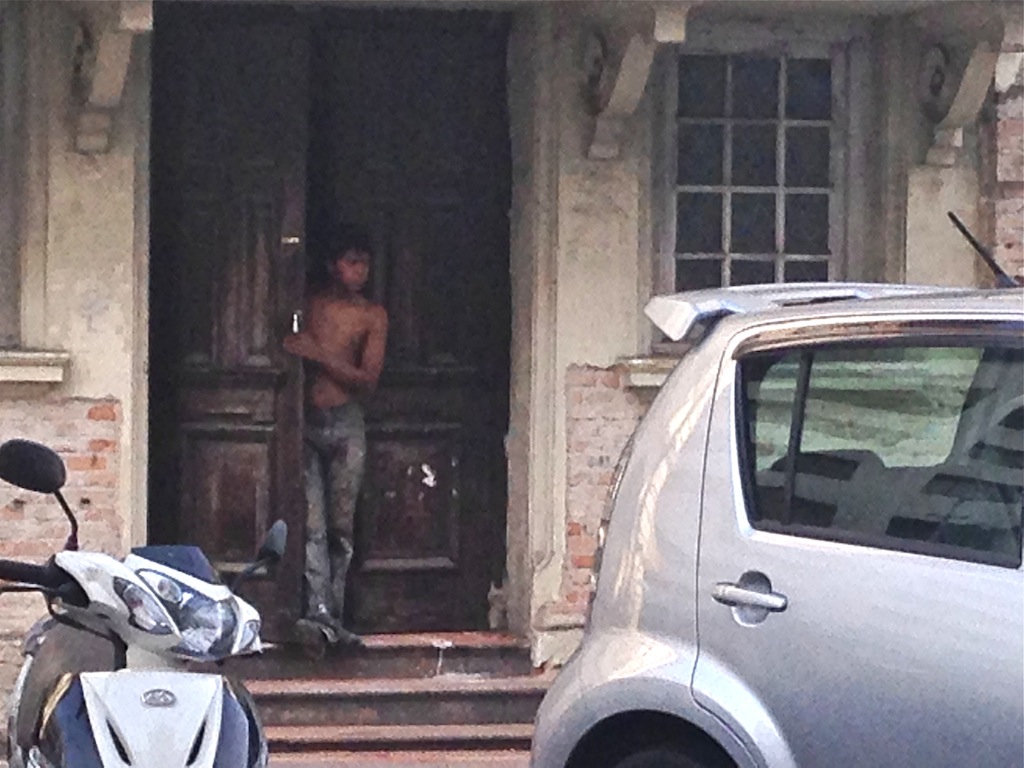 There was something catching about this moment. And again..anothe peek at an unfamiliar world. For him. And for me. 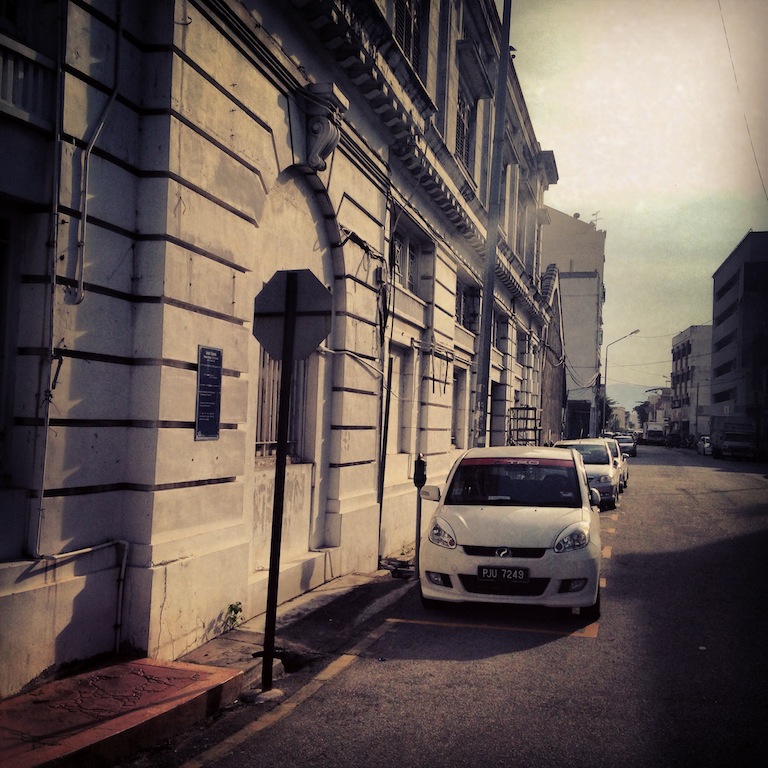 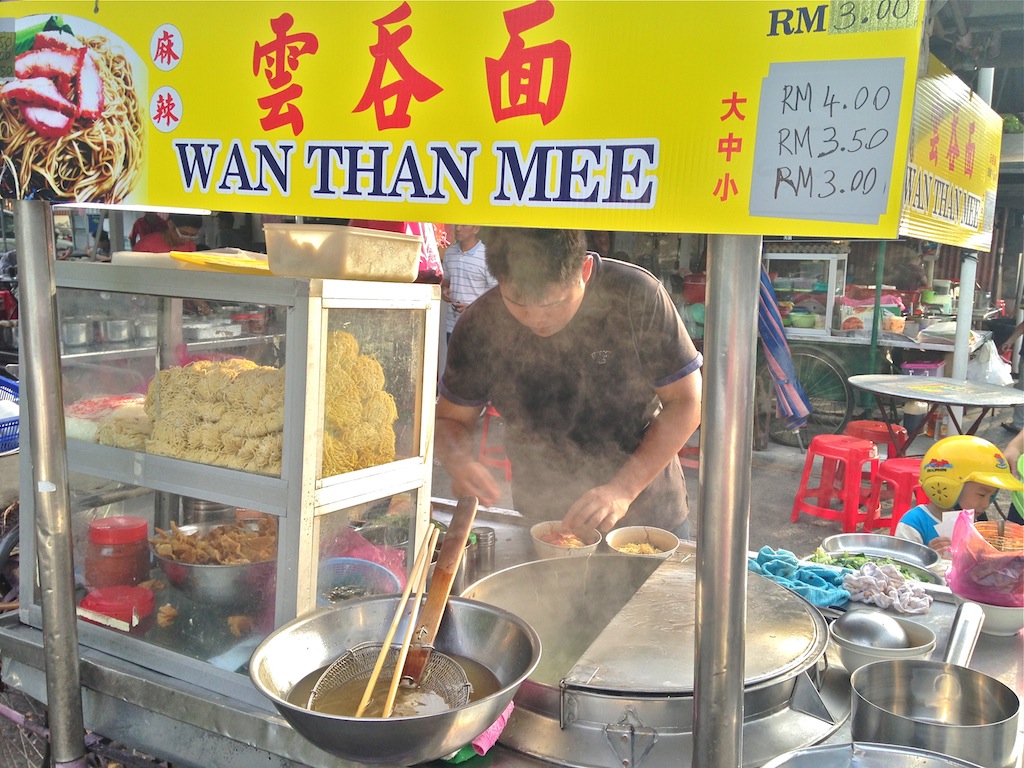 Finally near the jetty, I saw the hawkers I was looking for. Fascinated with their deft moments and simultaneously drawing back a little at the unfamiliar smells. I discovered something new… my own food boundaries that I need to question. Mean to get some wan than mee at some point. All that steam and chicken stock has to lead somewhere good. 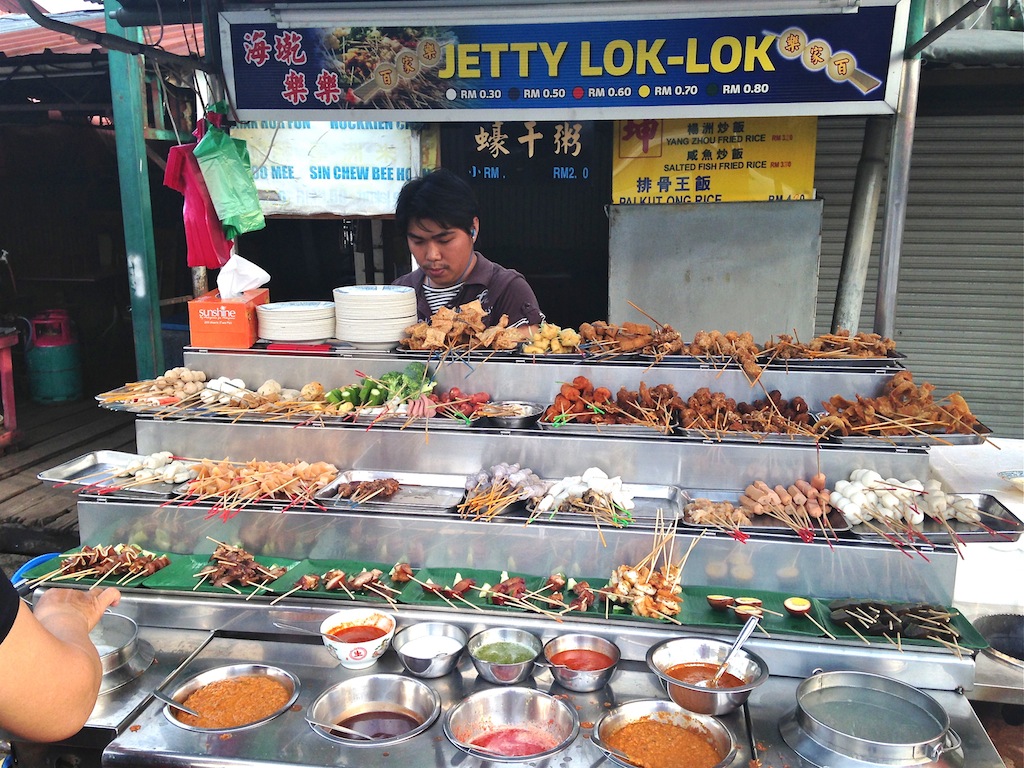 Another interesting stall. All the little things on stick looked so good. Anthony Bourdain would sneer at how I passed by these without getting any this time. He does claim that meat on a stick is the best it can get, right? 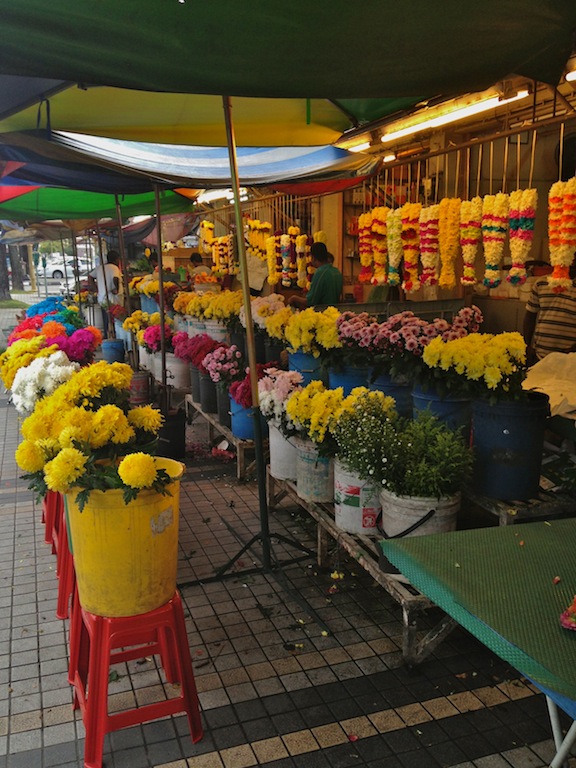 Flowers near the goddess temple. Chrysanthemums in every possible colour. (Some dyed the way we dye orchids in India.) 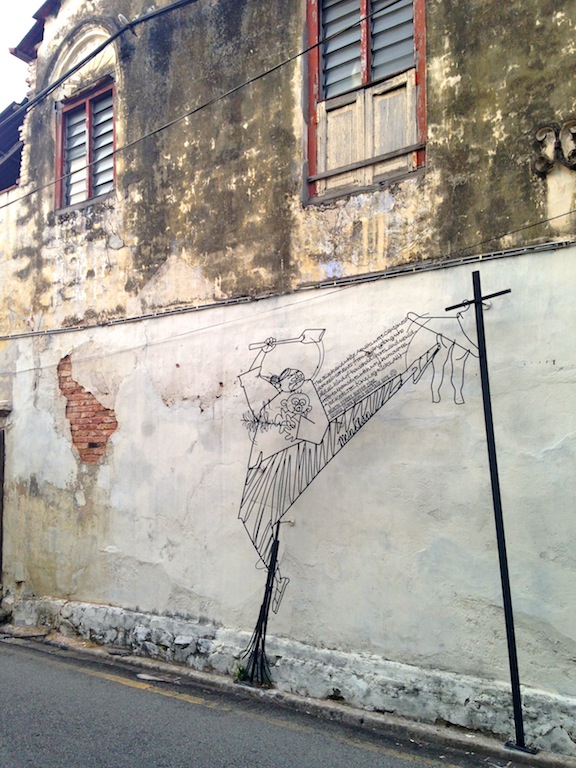 These little metallic installations were pointed out to me by Mohammed. A little informative, a little humorous, very quirky.. these apparently cropped up all over Georgetown after UNESCO declared it a world heritage site. 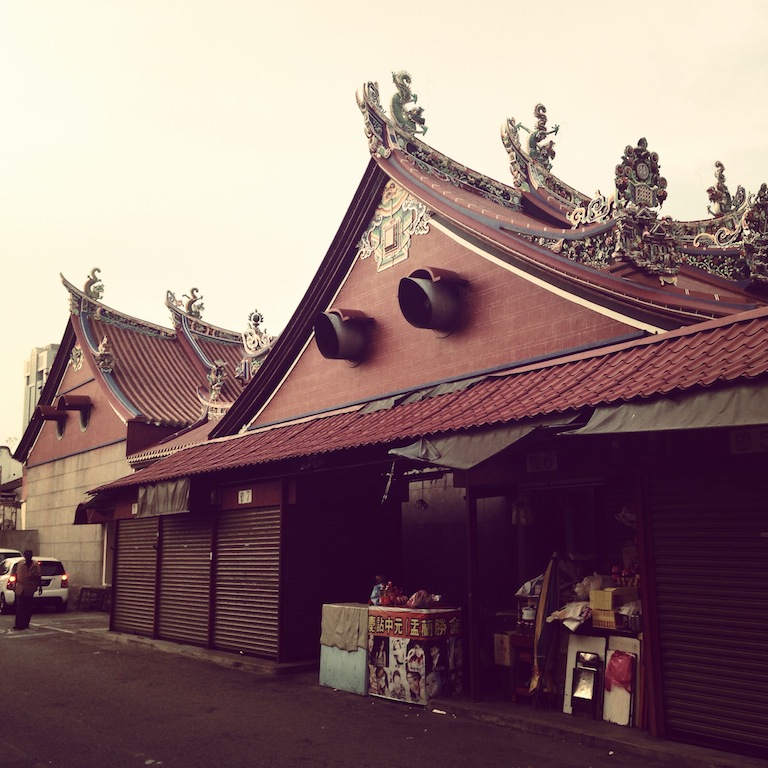 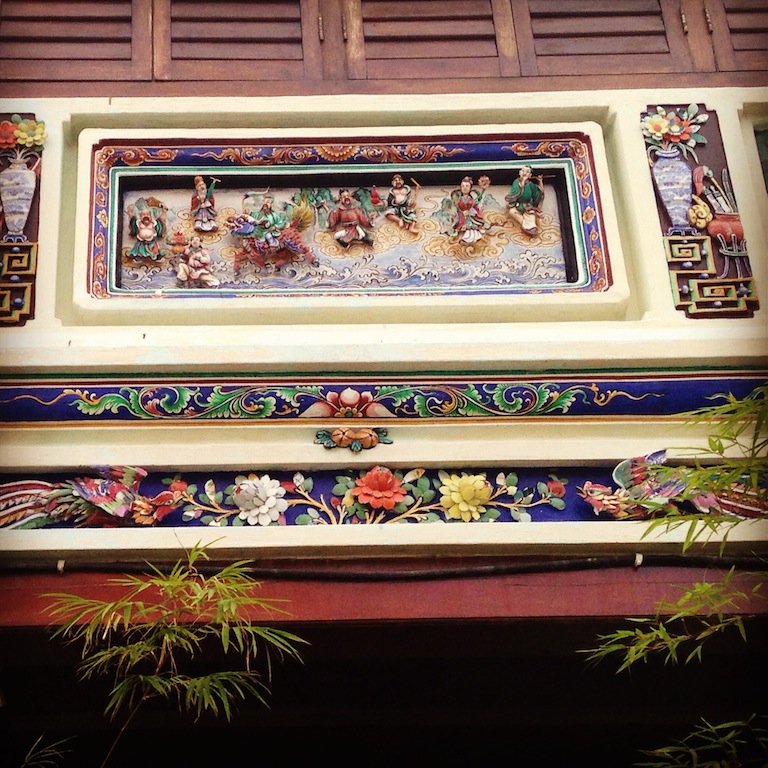 Flanked by bamboo trees on each side and very very colourful, the detail on this facade was beautiful. Not sure what it was but this is the closest look I could get. 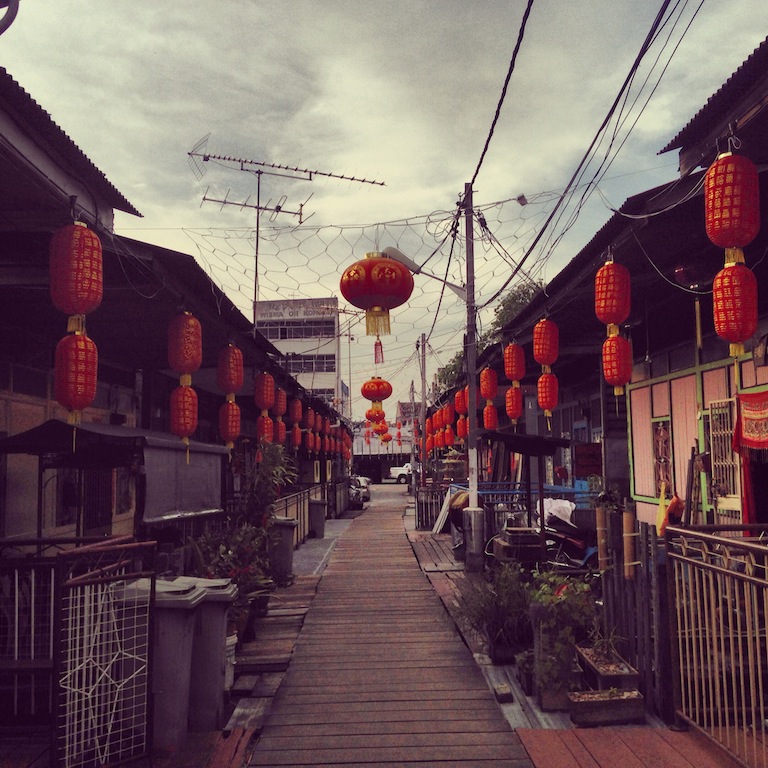 The approach to the traditional jettys. Bright red Chinese lanterns all along the way.. wooden cabins on planks over water.. this place had beautiful mood and a definite character.  Saw a bunch of men further along, playing cards. Not a single women in sight though! 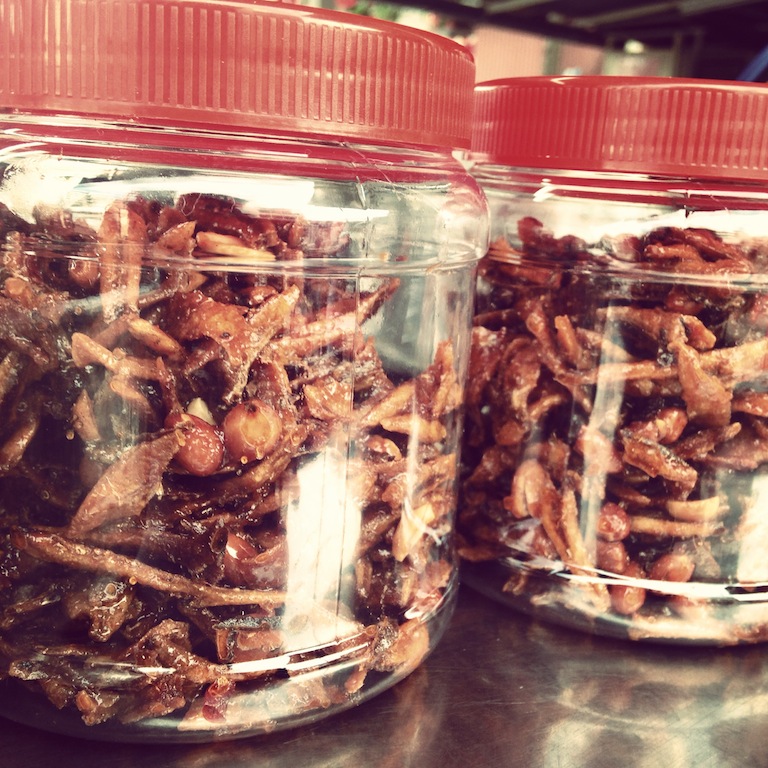 The Nasi lemak stall. Crisp fried anchovies, in caramalised sugar. Fish brittle I would call it. Delicious! And incidentally very similar to the caramelised whitebait I played with a couple of months back.. 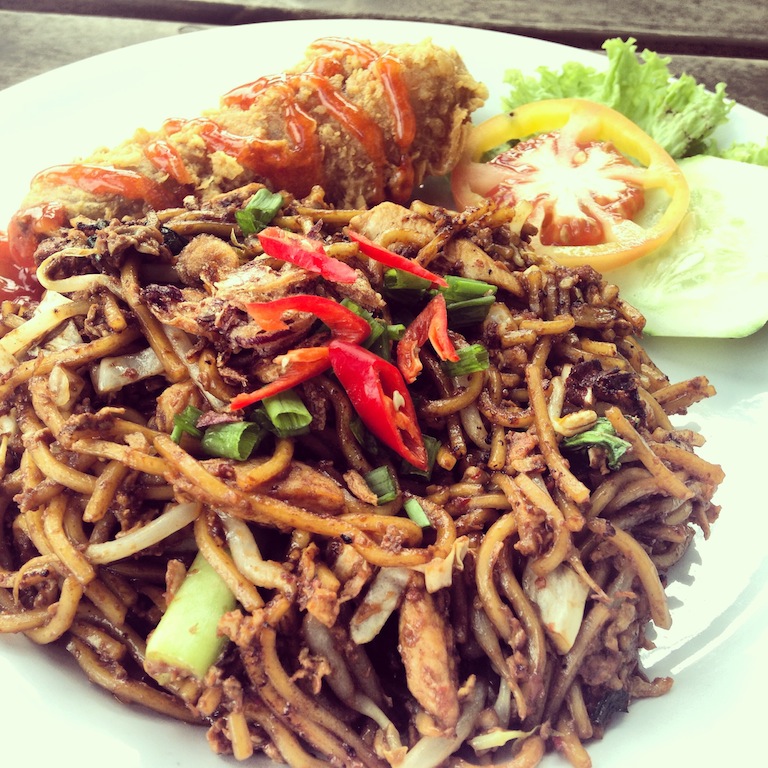 Lunch for me…fried noodles with chicken. Am not much of a noodle girl and am starting to realise that within the oriental fare, I have a clear preference for the Japanese. But this was pretty good. And not so different from what we get in India! 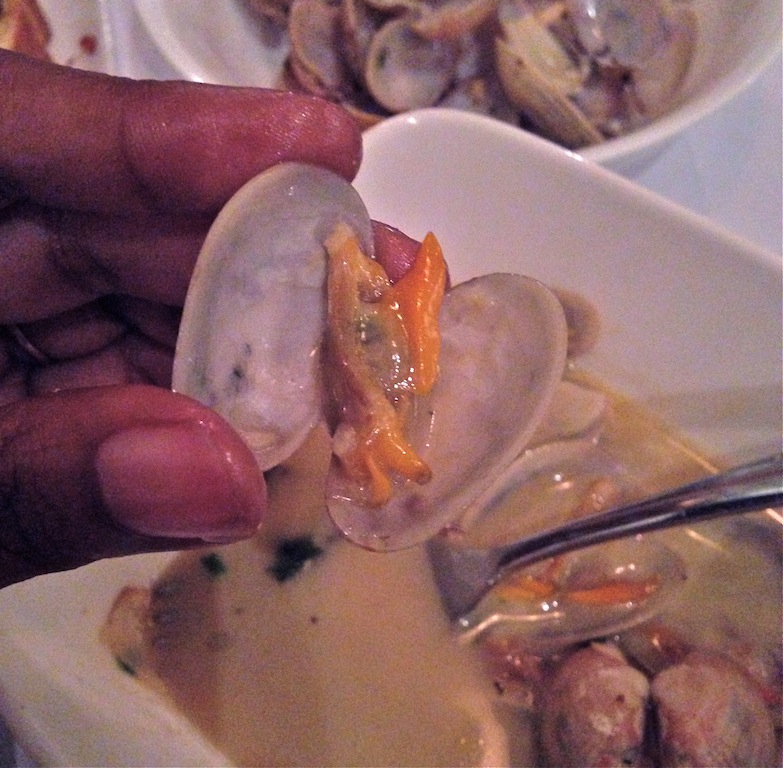 I confess I ate Italian for dinner. Clams in a white wine garlci sauce. Yummy! 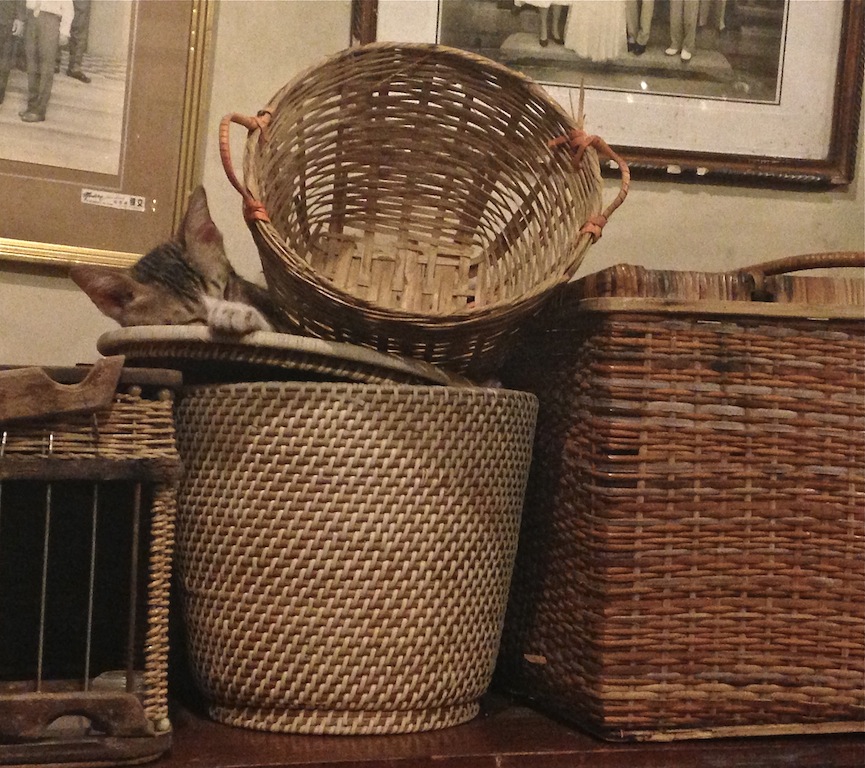 Came back to the hotel to find the kitten who stole my breakfast cuddling up all cutely on top of the baskets. Am on to you though kitty, I am.

Have some cooking classes planned for tomorrow. Includes a market tour, cooking and a meal. Looking forward to being on the otherside of a class for a change. Excited… will be back tomorrow with more..