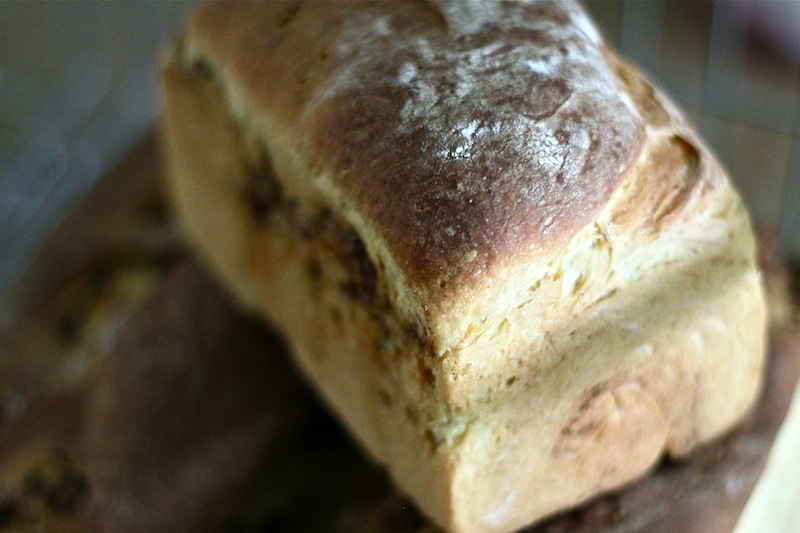 Another guest post by Meryl the self-confessed bread un-lover. Now obviously that is more than I can digest. Even if it’s the last thing I do, I have made a solemn promise to the God of breads that this little girl is soon going to be a fellow bread worshipper. So did the orange cinnamon bread convert her? Hmmm … let’s just say I spied someone quietly wolfing down some homemade bread instead of rice for lunch yesterday!!

Everyone loves carbs. We say we won’t eat too much. We say we won’t eat them after 8. Sometimes, overzealously, we even say we’ll go ‘no-carbs’! But if we really listen to our stomachs, we can’t go without them. I can eat rice and pasta by the plate fulls (south Indian and pseudo-Mediterranean genes at play). But of bread, in its various forms- loaves, roti, naan, parantha- I remain ambivalent. I have a little bit; a piece of roti, a bite of a burger, a slice of pizza, and I am done. No more, my stomach pleads. For me, breads bring back memories of the zombie-like days of college. Lazy, lazy days when you should be studying for that test tomorrow but you eat bread and jam and watch Andaz Apna Apna on Doordarshan. Hanging around the college canteen to eat masala cheese toasts. Endlessly eating slices of bread when the gas cylinder in our flat would get over and the replacement would arrive 3 days later. The gnawing hunger for junk food that inevitably led to ordering in pizza, night after night after night. Did someone say overzealous? It’s no surprise that 6 months after college I couldn’t bring myself look at bread. 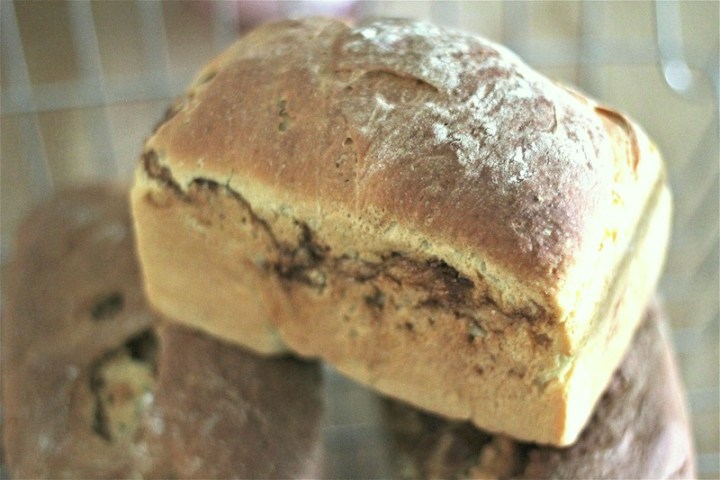 So when Chow-party decided to make the cinnamon orange swirl bread today, I could hardly muster any enthusiasm. She has a bread obsession. Breads are her babies. In fact, if she had a baby she would call him/her Bread. (This is no joke. Bread’s younger brother/sister would be called Butter. It’s true!)

I wandered into the kitchen and a few minutes later found myself rolling out dough, slathering it with butter and sprinkling it with a sugar-cinnamon mixture. Bread-making is a delicate task. It needs to be mixed, kneaded and proofed with utmost care for it to bake just right. I am not quite sure how I got sucked into making it. Much less why I sat in front of the oven staring at it lovingly and, later, ate half a loaf. The cinnamon and orange zest complement each other beautifully. Smear it with some butter and the siblings make for your daily dose of deliciousness.

Be warned: Whatever phase of carb-eating you are in, you will eat lots and lots of this. 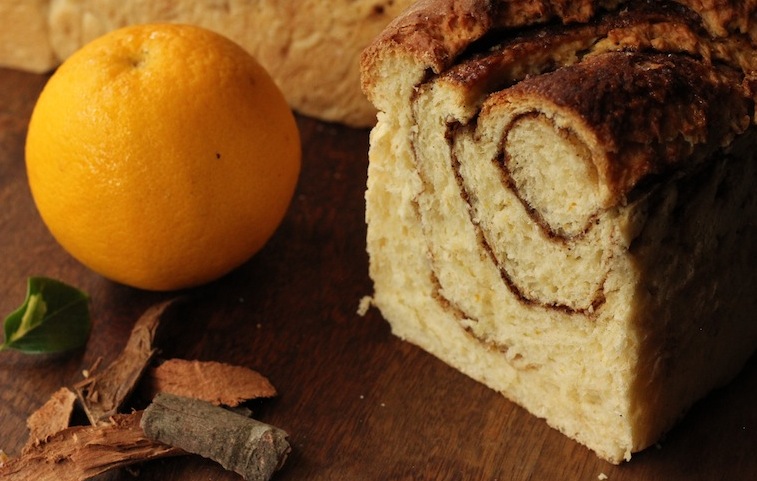 « Sunshine And Daisies
Pesto Pasta And Some Nostalgia »