This is about a hazelnut cake that lead the life of a the Bollywood film, Highway. The concept started out distinctly exciting, baked into a bit of a disappointment before then surprisingly redeeming itself at the end. What a deceptive little fellow, this. 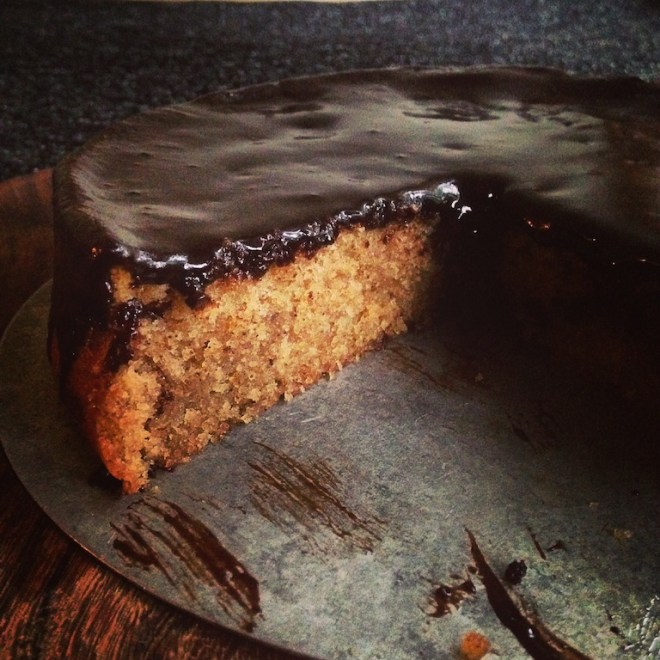 The story starts out at a lovely hidden store in the 7 Bungalows market that I discovered stocks all kinds of nuts and dried fruits. After combing it to make this much talked about but frankly rather disappointing bread, I had some leftover hazelnuts I wanted to play with. And a recipe lingering at the back of my mind, for a cake with hazelnut meal, that has been on my must-discover-what-that-tastes-like list. The cake came together rather easily, smelled great and looked exactly as pictured. The only thing that nagged me was that it smelled familiar…whereas I was expecting a rather unusual hazelnutty perfume that would be the Nutella of cakes, it actually smelled rather unglamourously but deliciously of halwa. Don’t get me wrong. I Love halwa as much as the next Delhi girl but it just wasn’t what I was expecting. (And if you are familiar with cognitive psychology, the theory of dissonance, and my preoccupation with making dishes that taste just so, you know what a bummer that can be.) So much in the doldrums was I, that when a few people asked me for the recipe on the BC facebook page, I said I wasn’t ready to share it because I wasn’t convinced it was good enough.

But it did add up. With the butter being cooked to a frothy, golden, nutty – ghee like consistency and the abundance of sugar and pulverised nuts, this is after all pretty much a baked walnut halwa in a cake form… or atleast somewhere in the ball park. Once cooled, I found it tasted a lot like walnut halwa too. And despite the said disappointment, was rather more-ish. Despite the professed heartbreak, time after time, I would find myself reaching for the pie knife to cut myself a teeny weeny slice. And then do it again.

The true turning point in the story came about on the next day though. With the discovery that this cake improves distinctly on keeping. I couldn’t tell you how much and in what way exactly. All I can say is that I went along to visit Priti, leaving the cake behind, fully expecting to return and find it untouched, waiting for my sole consumption. After all Atul had professed a disdain for it. Except that I came back to find a smacking clean platter. No cake in sight. Not even a crumb. And a request from Atul and a bunch of people who had come by, for me to bake it again as soon as possible. That’s when I decided I should post about it after all.

From Smitten Kitchen who adapted it from Sunday Suppers at Lucques 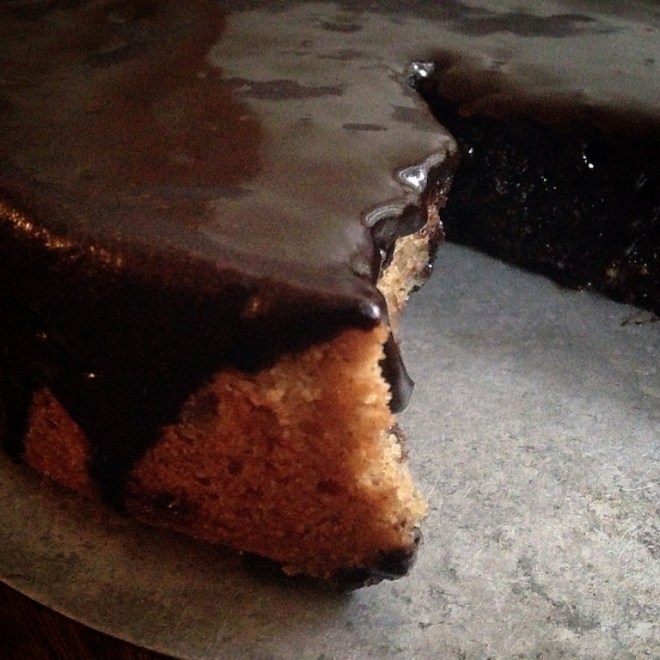 This cake is rich. Also, unlike what I would have imagined,I felt the chocolate here did not compliment the hazelnut, more fought with it and rather overshadowed it. The next time, I think I would just serve it as a sauce on the side and maybe try serving this up with some whipped cream and fruit instead. A thin slice of this nut rich cake, is all you need of at a time. But then give it 15 minutes and you will find yourself reaching out for another slice. And the next day, apparently any body who comes by, will gulp it all down leaving nothing for you.

** Mine was done at about 55 but Deb said hers took only 40 so check yours with a tooth pick at about 35 till it comes out clean.

Boil the cream, add the chopped chocolate and coffee and stir till melted through and smooth. Stir in the butter. Smooth over the top of the cake.

What else I have been cooking:

I finally made a lovely Syrian catholic Keralite meal that I was proud of and gorged on (Appam, Mutton cutlets,  Chicken curry mappas, mutton fry). These recipes aren’t on the blog though they should be but this mutton pepper fry is from the same family.

And then we had this awesome onam sadya that I totally have to write about next week. That’s coming up next.

This meatloaf during which I remade that awesome BBQ sauce with some updates. This time, I used absolutely no sugar, used plenty of fruit juice and a whole lot of extra peaces instead. Also, decided its way better without garlic.

This Yotam Ottolenghi inspired dish of sweet corn polenta topped with a chorizo and chicken stew. 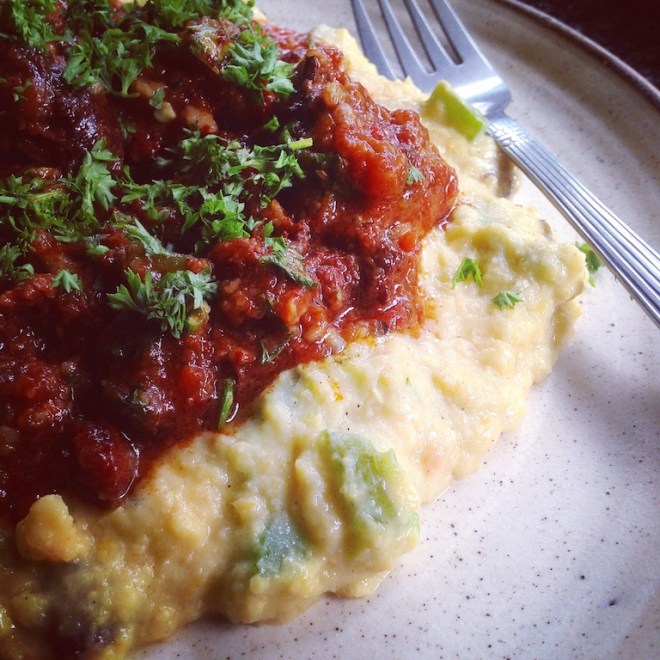